While conventional silicon-based solar cells are well-established as a means of capturing solar energy, researchers believe organic (carbon-based) solar cells may be a cheaper, lighter, and more flexible alternative. However, organic photovoltaics (OPVs) must have a greater charge transfer efficiency to be commercially viable in a market currently dominated by silicon-based solar cells. Alexandra Tully (pictured), a PhD student who was awarded a 2020 NSERC Postgraduate Doctoral Scholarship, is working to demonstrate the process by which electron transfer occurs in organic photovoltaics (OPVs); researchers hope that a better understanding of the charge transfer process will facilitate the engineering of more efficient OPVs. Tully, who received a 2020 Tyler Lewis Clean Energy Research Foundation national research grant for her doctoral work, is the senior graduate student on this interdisciplinary project.

The Stewart Blusson Quantum Matter Institute (Blusson QMI) is home to several experts in relevant fields, and Tully’s research has benefited from the support of this collaborative team.

Although the broad details of the charge transfer process are generally agreed upon, there are still mysteries in how the process occurs.

“The resolution needed to probe these systems is very difficult to attain—a spectrum of expertise is necessary,” said Tully. “Here at Blusson QMI, we have the in-house expertise to measure on both a short enough time scale and a small enough length scale that we can begin to understand charge transfer at a more fundamental level (a feat which has not been achieved anywhere else to date).” If researchers succeed in making OPVs commercially viable, such devices would be an attactive complement to solar technology.

“Eventually,” said Tully, “OPVs could be flexible, light weight, tunable in colour (or even transparent to visible light), and inexpensive. Imagine something akin to a roll of cling-film, but it’s a fully functional solar cell.”

Tully’s decision to attend UBC for graduate school, though primarily due to her love of physics and the institution’s world-class research in her subfield, was also informed by her personal experience. Born in Vancouver, Alexandra grew up in the United States and completed her undergraduate degree at Yale University. After graduating, she worked as a senior analyst for an economic consulting firm, first in New York and later in London to help establish the firm’s United Kingdom office. Tully’s diverse experience as a researcher both in academia and in the private sector guided her decision regarding her postgraduate education.

“I wanted to spend a period of my life doing dedicated research in physics at a world-class institution, and I also care deeply about the nature of the community that I am a part of,” Tully explained. “Blusson QMI fosters a culture of both hard work and generosity; as a graduate student, I am always able to find someone willing to discuss my research and offer advice.” In addition to the academic support available at Blusson QMI, Tully has found a lot of value in the machine shop, especially in working with Harish Gautam to learn how to use the machining tools to create parts for use in the lab. “Harish is fantastic! He is so willing to take students under his wing to help them get more familiar and comfortable with all of these different machines,” said Tully. “I’ve enjoyed having the opportunity to work with Harish and learn from him. Now, when someone from the lab needs something, I can often just machine it myself.”

For Tully, connecting across disciplines has been key to her success.

“There is so much expertise available at Blusson QMI, and incredible opportunities to explore whatever you are interested in,” she said. “There are some projects you simply can’t do unless you work across subfields, and I love that support for such endeavours exists here.” 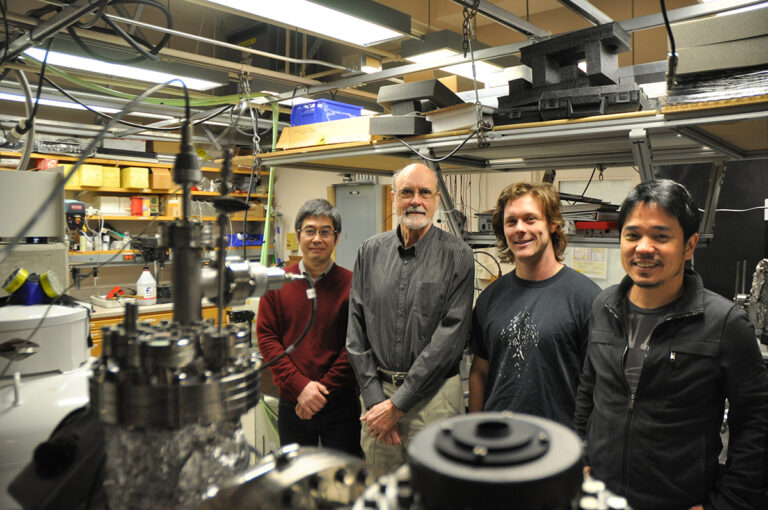 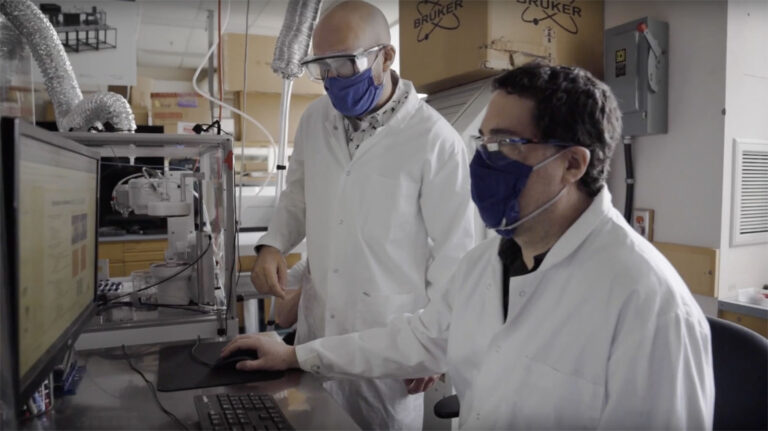