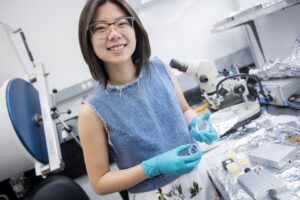 Cissy Suen has been awarded an NSERC Canada Graduate Scholarship, an award that supports her research into a family of strongly correlated quantum materials, known as the ruthenates. Suen is a graduate student enrolled in the International PhD in Quantum Materials (Joint PhD) program, and is currently studying at the University of Stuttgart and the Max Planck Institute for Solid State Research in Germany. In addition to her research, Suen is passionate about science policy: she volunteers as a News Researcher for Science & Policy Exchange, organized a science policy workshop at the Max Planck Institute for Solid State Research, and has written for the Toronto Star and CBC.

What does it mean to turn an insulator into a metal?

“Calcium ruthenate is interesting because you can change its state by applying an electrical current,” said Suen. “Think of a balloon. A balloon is made of rubber, which is an insulator. Now, imagine that you apply a current to the balloon, and suddenly it turns into a metal. That’s kind of absurd right? We would have no idea why that’s happening. That’s very similar to what we’re looking at with calcium ruthenate. It’s insulating, but when you run a current—boom!—it’s a metal.”

Calcium ruthenate is a strongly correlated material, a class of materials with unusual and sometimes unexpected properties that are affected by electronic and magnetic systems.

Researchers speculate that adding electrons to the material changes the structure and instigates the transition, or that an unknown quantum phenomenon is occurring that scientists don’t yet understand, but no one really knows why changes in calcium ruthenate occur the way they do.

At UBC, Suen works with Andrea Damascelli and colleagues to examine calcium ruthenate under current using angle-resolved photoemission spectroscopy (ARPES). ARPES is a technique that sends a high-energy photon beam into a material, exciting electrons and permitting researchers to observe the behaviour of electrons in a material. She is also using the MAESTRO beamline with Eli Rotenberg at Advanced Light Source in San Francisco.

Since calcium ruthenate is an insulator, electrons have limited movement and are not as easily excited, making it difficult to observe with ARPES. This makes the current-induced metallic state particularly intriguing, because it enables the material to be seen with ARPES.

“We want to know what exactly changes in this material to cause it transition into a metal,” said Suen. “So, is the metallic state at high temperature the same as the metallic state when we stretch or strain it? When we apply the current? Is it different somehow? If so, why?”

This project is exciting to Suen because conducting photoemission on a material with current has rarely been done. It’s a difficult experiment because moving currents generate electric and magnetic fields, which in turn influence the trajectory of the electrons emitted from materials during the photoemission process.

Our PhD student @cc_suen has compiled some great data that doubles as abstract art! 🎨 All images in this thread were created either here at our institute, or over at UBC; our partners in our joint-PhD program!

Due to the nature of the Joint PhD program, Suen’s research has also taken her to Germany and to the Canadian Light Source (CLS) in Saskatchewan. In Germany, Suen is studying calcium ruthenate as a strained thin film—a crystal so thin it can be thought of as two-dimensional—and growing samples using pulse laser deposition. At the CLS, she is running no-current experiments at the synchrotron in order to gain a complete understanding of calcium ruthenate before any external influences change it.

“We want to know for certain what is changing,” said Suen. “Our data looks really good right now, and seems to be different that what’s been previously reported.”

“Our hope is to continue growing these films, while wrapping up some of our ARPES experiments,” said Suen.

Why talking about quantum materials matters

“Science is not without its political aspects, and science communication can help bridge the gaps between the forefront of research, the public, and policy being made in government,” said Suen. “Think about the geopolitical concerns associated with the semiconductor industry, or the quantum computing industry—none of these industries would be possible without quantum materials. But what does the average person know about ‘quantum materials’?”

Like artificial intelligence, or nuclear power, quantum technology will have the power to change society. However, there is a lot of hype that has been built up around the potential of quantum tools, and while hype is exciting and positive, it can also be misleading.

“At the end of the day, we need to think about changing school science curricula, to establish a baseline for public knowledge in quantum science,” said Suen, who wrote an editorial for the Toronto Star on the topic of adding quantum computing to Ontario’s high school curriculum this past summer. “It’s hard to convey that some of the research we’re working on right now is really cool, but it’s not going to be ready for use in applications anytime soon. However, this fundamental research is incredibly necessary and we do need to start now in terms of establishing a language for talking about quantum materials and technology.”

The objective of the Canada Graduate Scholarships program is to help develop research skills and assist in the training of highly qualified personnel by supporting students who demonstrate a high standard of achievement in undergraduate and early graduate studies. 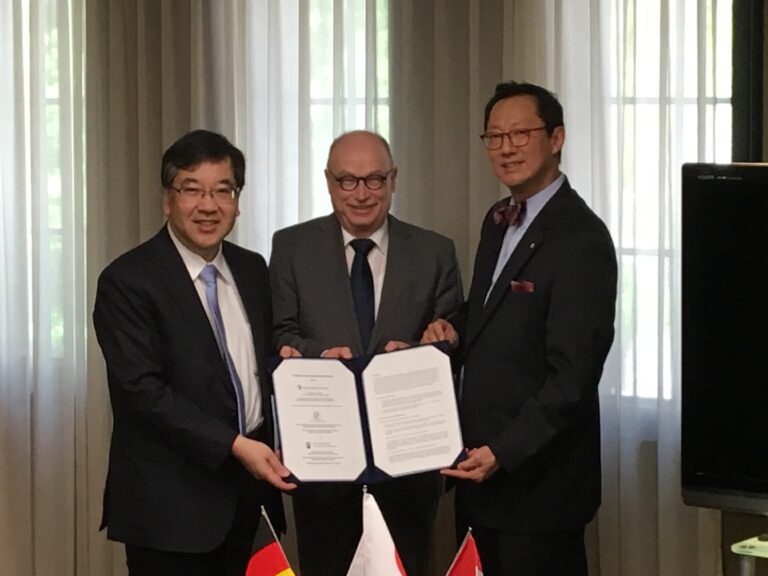 A critical partnership linking three leading research organizations has been renewed for a third five-year term, an important milestone for... 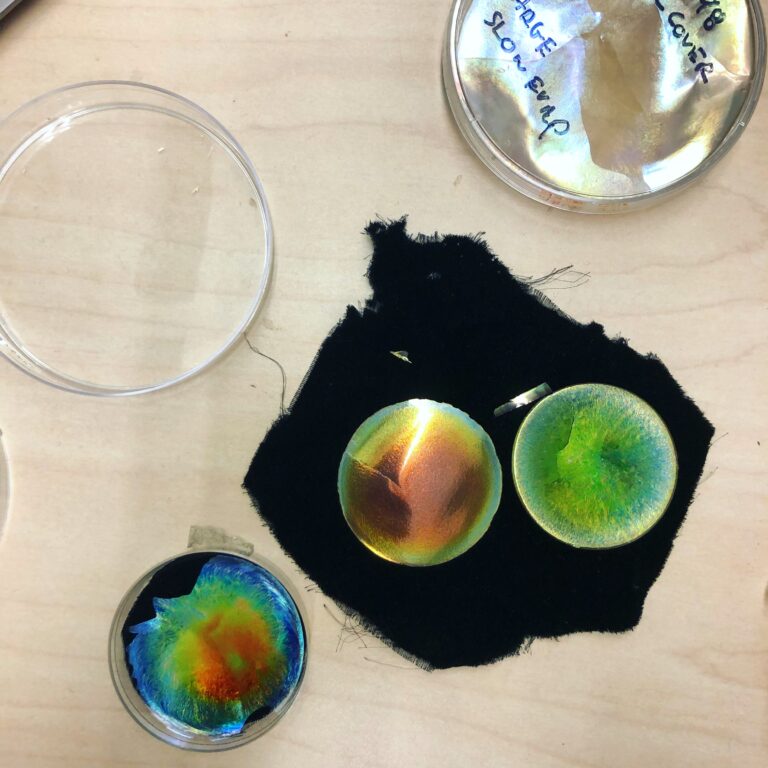 In the future, a visual freshness sensor could replace best-before dates, reducing food waste and potentially eliminating a significant contributor... 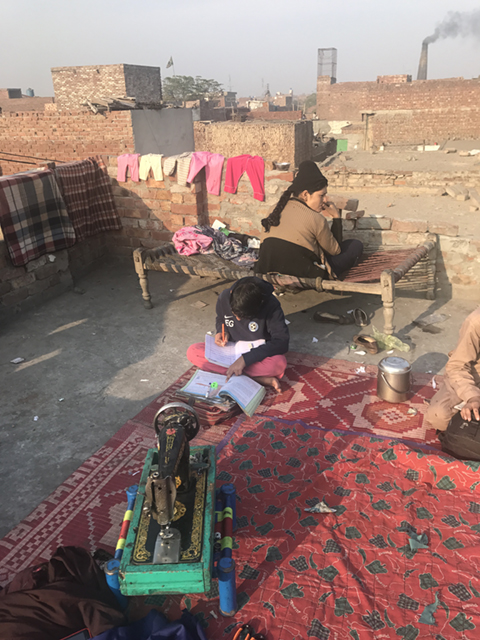 EDI Stories: I saw for myself why science needs equity, diversity and inclusion

EDI Stories is a new series designed to talk spark conversations about Equity, Diversity and Inclusion (EDI) at Blusson QMI...