From Quantum Pathways to Cornerstone Models of Quantum Computing 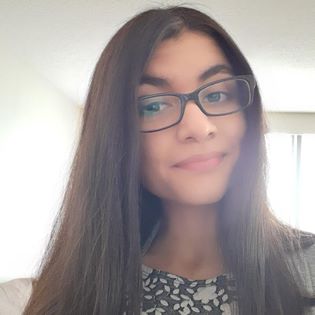 Romina Mahinpei spent her first year as an undergraduate student at The University of British Columbia taking classes online, and until her first days as a participant in the Quantum Pathways program at the Stewart Blusson Quantum Matter Institute (Blusson QMI), she had not set foot on campus. For Romina, a summer in Josh Folk’s lab has been formative: “It was nice to get a sense of what real research looks like, but having the experience in the lab and at the Institute has given me a clearer perspective on what’s possible in quantum fields,” she said.

Mahinpei has spent much of the last few months learning about quantum materials, focusing on fabrication of hexagonal boron nitride (h-BN) and graphene stocks and exfoliating flakes using scotch tape, a process Romina notes is identical to the one used by the two researchers who won the 2010 Nobel prize for discovering graphene.

“I wondered, why are we doing it this way? But it gives us the best quality of flakes,” Mahinpei says. After exfoliating the flakes, Mahinpei uses an optical microscope to identify and catalogue the flakes, which are then stored for future research needs.

“When we’re using the optical microscope to classify the flakes, we’re looking for shades of blue,” Mahinpei explains. She generated the images above during her Quantum Pathways work this summer. “I was looking for samples that were about 60 microns by 60 microns, and in h-BN, a certain shade of blue that indicated an ideal thinness. In graphene, we were looking for purple.” 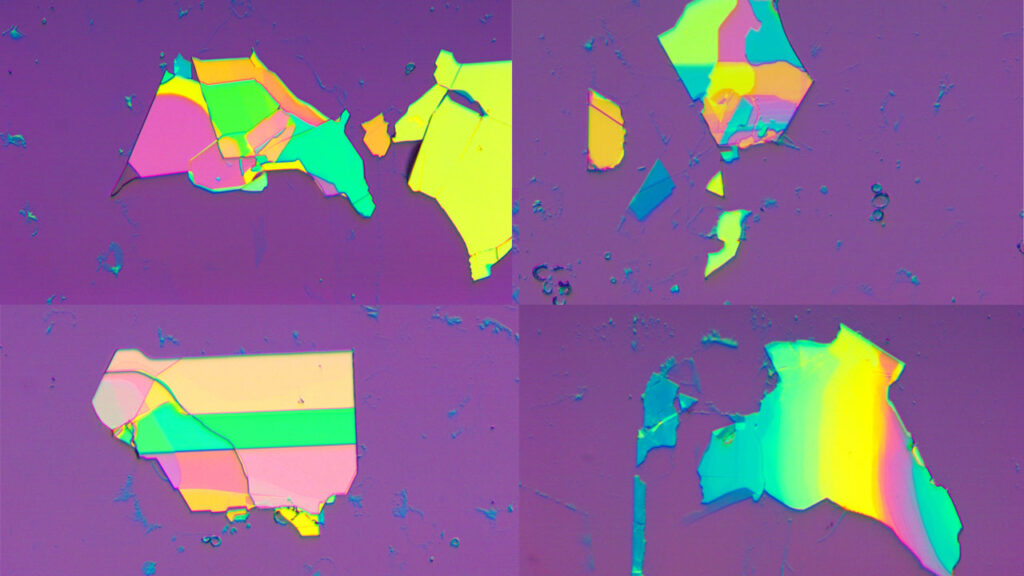 Samples of hexagonal boron-nitride under an optical microscope. While these do not reflect the shade of blue researchers are seeking when preparing samples, their colours do represent varying degrees of sample thickness. Image credit: Romina Mahinpei.

Once the samples are prepared and catalogued, Folk’s team uses these materials to build quantum devices, such as transistors and other electronic tools.

While Mahinpei is working with Folk and his team, her supervisor has encouraged her to take advantage of the opportunities available to her. With an interest in quantum computing, she applied to participate in this summer’s Cornerstone Models of Quantum Computing Virtual Summer School. The program, a collaboration between academic partners at TRIUMF, the University of British Columbia, the University of Victoria, the Helmholtz Institute Mainz (Germany) and industry partners Xanadu and D-Wave is highly competitive, attracting participants from around the world.

This year, there were 274 applicants, with 87 students accepted, and while the program is primarily for senior undergraduate and graduate students, some earlier-year undergraduate students, including Mahinpei, were offered the opportunity to audit the program and attend the lectures. She has been enjoying the programming, and the exposure to new ideas: while she has just finished her first year at UBC, she can see herself following a path that leads to quantum computing in some way.

“I am quite a fan of computer science and mathematics and quantum computing essentially combines math, computer science, and physics,” said Mahinpei. “There are so many paths you can take within the quantum world, and so I am taking Professor Folk’s advice and just exploring as much as I can, taking advantage of every opportunity. Quantum Pathways has given me a very strong start.”

The Quantum Pathways program provides up to four years of research experience to first- and second-year undergraduate students interested in the field of quantum materials. Participants are generally expected to return to Blusson QMI each academic year. Learn more about Quantum Pathways.