Ana Ciocoiu realized quantum computing was for her when she was ten years old.

“I had a little book on quantum physics that I was obsessed with,” she recalls. As an only child reading through long Edmonton winters, she found the ideas in the book exciting. “At ten, I’d get a bit bogged down with the math, but I remember that I spent a lot of time making a chart that listed all the quarks and their interactions and strengths.”

For a kid who took pleasure in reading the dictionary, physics offered unlimited potential for discovery and fun. In a way, she has waited her whole life to be where she’s at right now as a QuEST student and part of the first cohort of the NSERC CREATE Program in Quantum Computing. 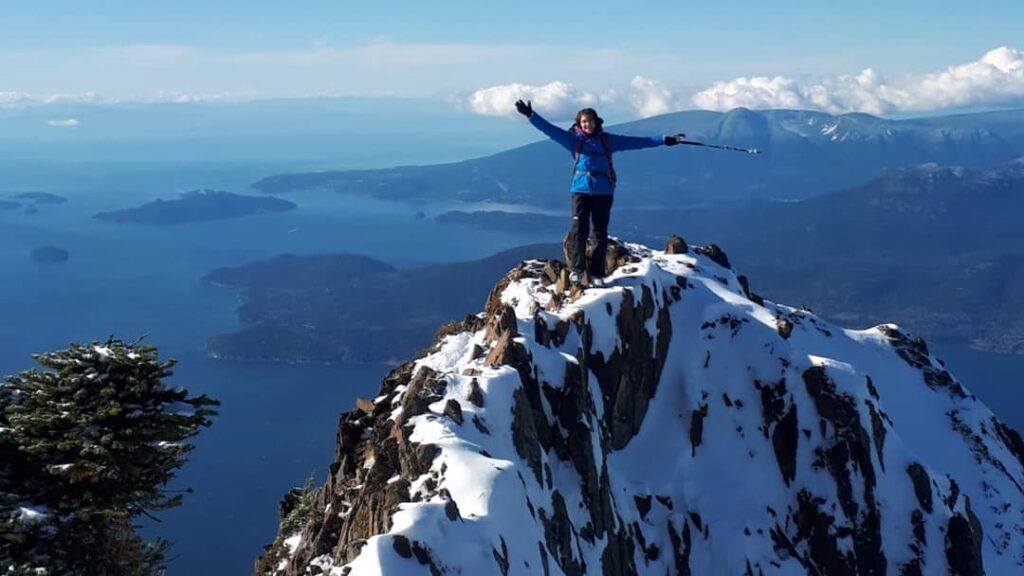 “By the time I started university, I finally had the skills to pursue quantum physics, so I kept doing that and tried to find opportunities to explore and develop that knowledge,” said Ciocoiu.

As an undergraduate student, Ciocoiu studied electrical engineering at UBC Okanagan, where she also gained research experience working in the Integrated Optics Laboratory under the supervision of Jonathan Holzman, a Professor in the Department of Electrical Engineering.

“Dr. Holzman generously let me work in his lab and fiddle around with stuff for a couple of years,” said Ciocoiu, who built her skills in optics and photonics research, which she has been further developing with her graduate supervisor, Joseph Salfi.

With Salfi, she is now in her first year as a Master’s student and has been developing scientific code for spin qubits, which occur when electronic spin in a semiconductor creates qubit states.

“There’s been a renewed interest in the idea of doing this with holes instead of electrons, using materials such as germanium,” said Ciocoiu. “There’s this novel way of creating qubits and it’s promising because their properties are much better than what we can see in the current systems that exist.”

A qubit is the quantum version of the classical bit, the unit of information that in conventional computers can either be a one or a zero. The difference between a qubit and a classical bit is that a qubit can exist in a state that is simultaneously one and zero at the same time.

A “hole” is not a physical particle, but rather the absence of an electron in an atom, and while an electron has a negative charge, a hole’s charge is positive. Holes offer greater electric control over qubit spin frequencies, a property that may be beneficial in quantum devices.

Over the summer, she participated in a first-of-its-kind workshop hosted by CMC Microsystems and NSERC CREATE programs Quantum BC and QSciTech. The workshop focused on the design, fabrication and testing of superconducting circuits like those used in quantum computing hardware. She also worked with Geering Up to deliver programming for STEM Teachers NYC, and provided curriculum and graphic design support for the Geering Up summer camps in quantum computing for kids aged 10 and up.

In the fall, Ciocoiu will spend much of her time in the cleanroom at the Stewart Blusson Quantum Matter Institute, trying to fabricate the devices and see what their properties are.

“I’m looking forward to working on fabrication of the devices we have simulated so far, trying to develop fabrication processes for these systems and then testing them,” said Ciocoiu. As part of the CREATE Program in Quantum Computing, she will also be seeking internship opportunities, and is eager to explore opportunities in quantum computing outside of academia.

“I really enjoyed teaching math and science teachers about quantum computing, getting them to code a little bit, and designing materials to get kids into the idea of quantum science,” said Ciocoiu. “It’s so rewarding to see people getting excited about physics. It’s hard to explain, but, I mean, physics kind of just calls to you sometimes.”