The goal of this Grand Challenge is to devise quantum algorithms that, in their simplest instances, can be demonstrated with existing or near-future hardware, and with moderate further scaling up can lead to computational gains beyond existing classical computer hardware.

When making the leap from classical computers to quantum computers, the logical processing and the physical basis for both change in dramatic ways, opening the door to non-intuitive properties such as superposition and entanglement. The elementary unit of information changes from bit to qubit, allowing for entirely novel ways of data processing. 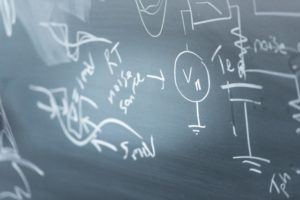 Beyond theoretical concepts, quantum computation is also gradually becoming an experimental reality, with Google’s “quantum supremacy” experiment in mid-2019 marking a very important milestone. Nonetheless, the difficulties in scaling up and in limiting the adverse effects of decoherence—a loss of quantum properties—are enormous, and it is expected that the quantum computers available in the next decade will be limited in the number of qubits, and the numbers of quantum gates they can execute.

In this current situation, we ask: What can be computed with 100 qubits in 10,000 quantum gates?

Our goal is to devise one or several families of quantum algorithms that, in their simplest instances, can be demonstrated with existing or near-future hardware, and with moderate further scaling up can lead to computational gains beyond existing classical computer hardware. 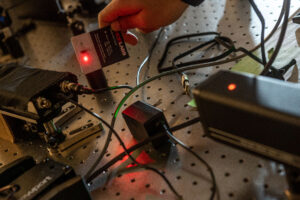 The proposed approach is to:

To implement this approach, three capacities and knowledge reservoirs will form the pillars on which this Grand Challenge is based, and the goal is to direct these tools to problems relating to quantum materials.

The unique expertise and collaborative environment supported by Blusson QMI gives this Grand Challenge a platform on which to build. Our NISQ computing challenge is built upon three main pillars:

Investigation of the role of symmetry in NISQ computing, through computational phases of matter in measurement-based quantum computation. 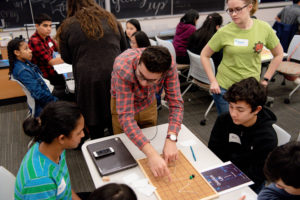 As part of our efforts to develop the next generation of quantum computing leaders, we have developed the Quantum Computing Outreach Project. The goal of the project is to diversify talent within quantum computing; to do this, we work with our partners including UBC’s Geering Up Program to bring quantum computing education to kids from Kindergarten to Grade 12 across British Columbia through workshops, events, online courses, and summer camps, with a particular focus on reaching young women, Indigenous youth, and other underrepresented groups.

Host Parham Pashaei makes quantum computing accessible for general audiences in this podcast; learn about the history, science, and future of quantum computing through interviews with leading scientists, entrepreneurs and engineers in the quantum technology field. 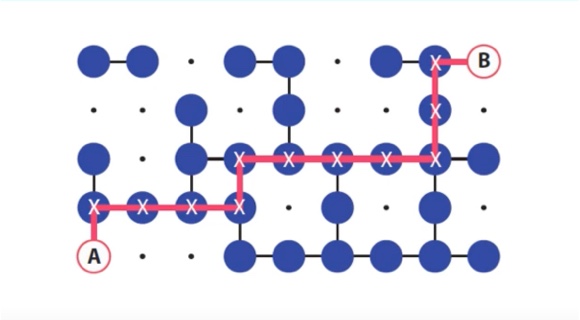 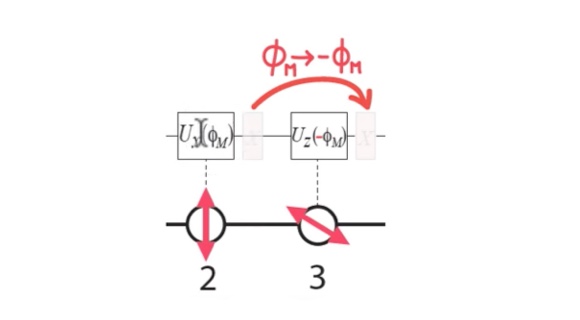 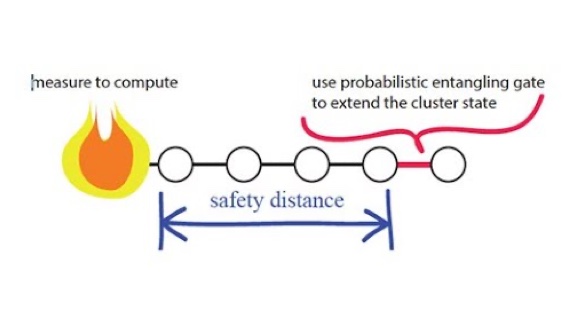 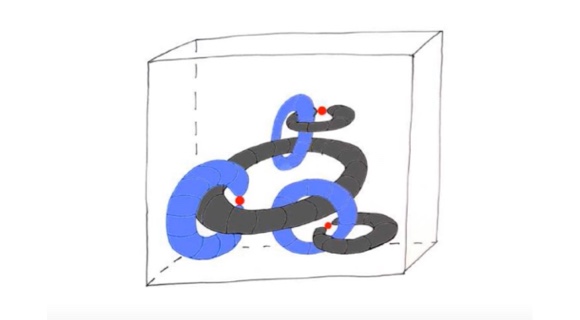 We are looking to fill a number of important positions for this high-profile project. The team will work closely together to deliver the objectives set out above. Postdoctoral fellows will be expected to exhibit leadership and be able to work independently to deliver results. Contact Robert Raussendorf if you would like to find out more about the roles.