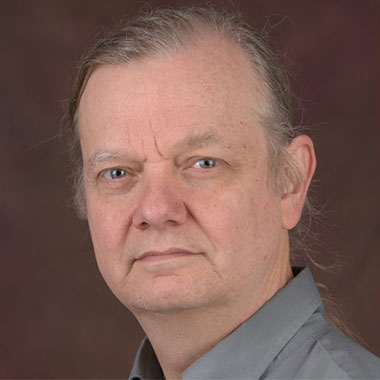 R. Stanley Williams is a Hewlett Packard Enterprise Senior Fellow and Senior Vice President. His primary scientific research has been in the areas of solid-state chemistry and physics, and their application to technology. More recently, he has been focused on the dynamical properties of electrons, ions and photons in nanostructures and their applications for computation and cognition. In 2008, a team of researchers he led announced that they had built and demonstrated the first intentional memristor, the fourth fundamental electronic circuit element predicted by Prof. Leon Chua in 1971.

Dr. Williams has received widespread recognition for business, scientific and academic achievement, including being named one of the top 10 visionaries in the field of electronics by EETimes, the 2014 IEEE Outstanding Engineering Manager Award, the 2009 EETimes Innovator of the Year ACE Award, the 2007 Glenn T. Seaborg Medal for contributions to Chemistry, the 50th Anniversary Laureate Lecturer on Electrical and Optical Materials for the TMS, the 2004 Herman Bloch Medal for Industrial Research, the inaugural Scientific American 50 Top Technology leaders in 2002, and the 2000 Julius Springer Award for Applied Physics. He was a co-organizer and co-editor of the workshop and book “Vision for Nanotechnology in the 21st Century”, respectively, that led to the establishment of the U. S. National Nanotechnology Initiative in 2000. 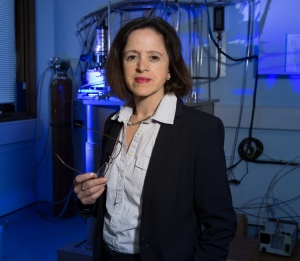 Chair of the Advisory Board, Professor of Solid State Physics

Chair of the Advisory Board, Professor of Solid State Physics

Lesley Cohen is a Professor of Solid State Physics at Imperial College London. Her research focuses on quantum interference for organic thermoelectric, energy-efficient solid-state caloric cooling, competing for exchange antiferromagnets for spintronics and long-range triplet superconductivity. She is currently the Consul for the Faculty of Natural Sciences and Education at Imperial College and recently stepped down as head of Experimental Condensed Matter. She received the Imperial College Julia Higgins Award for her contribution to the promotion and support of women in science and remains committed to equality and diversity within STEM.

Dr. Cohen has served on numerous Boards including Superconductivity, Science and Technology; Imperial College Consultants ICON; the Education Board for the Institute of Physics; Kings College London Science Advisory Board; and the External Advisory Board of IFW Dresden and the EPSRC Materials Strategic Advisory Technical Panel. 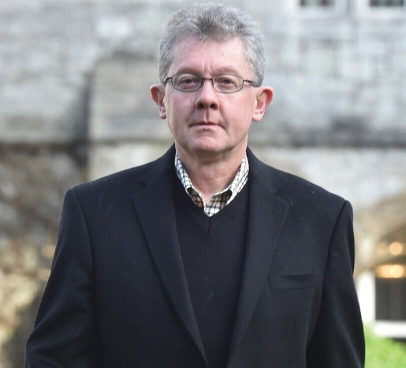 Séamus Davis is a Professor of Physics at Cornell University. He undertakes a wide range of experimental low-temperature research into the fundamental macroscopic quantum physics of superconductors, superfluids, supersolids, heavy-fermions, topological insulators and superconductors, magnetic spin and monopole quantum liquids, as well as developing new techniques for visualization and measurement of complex quantum matter. 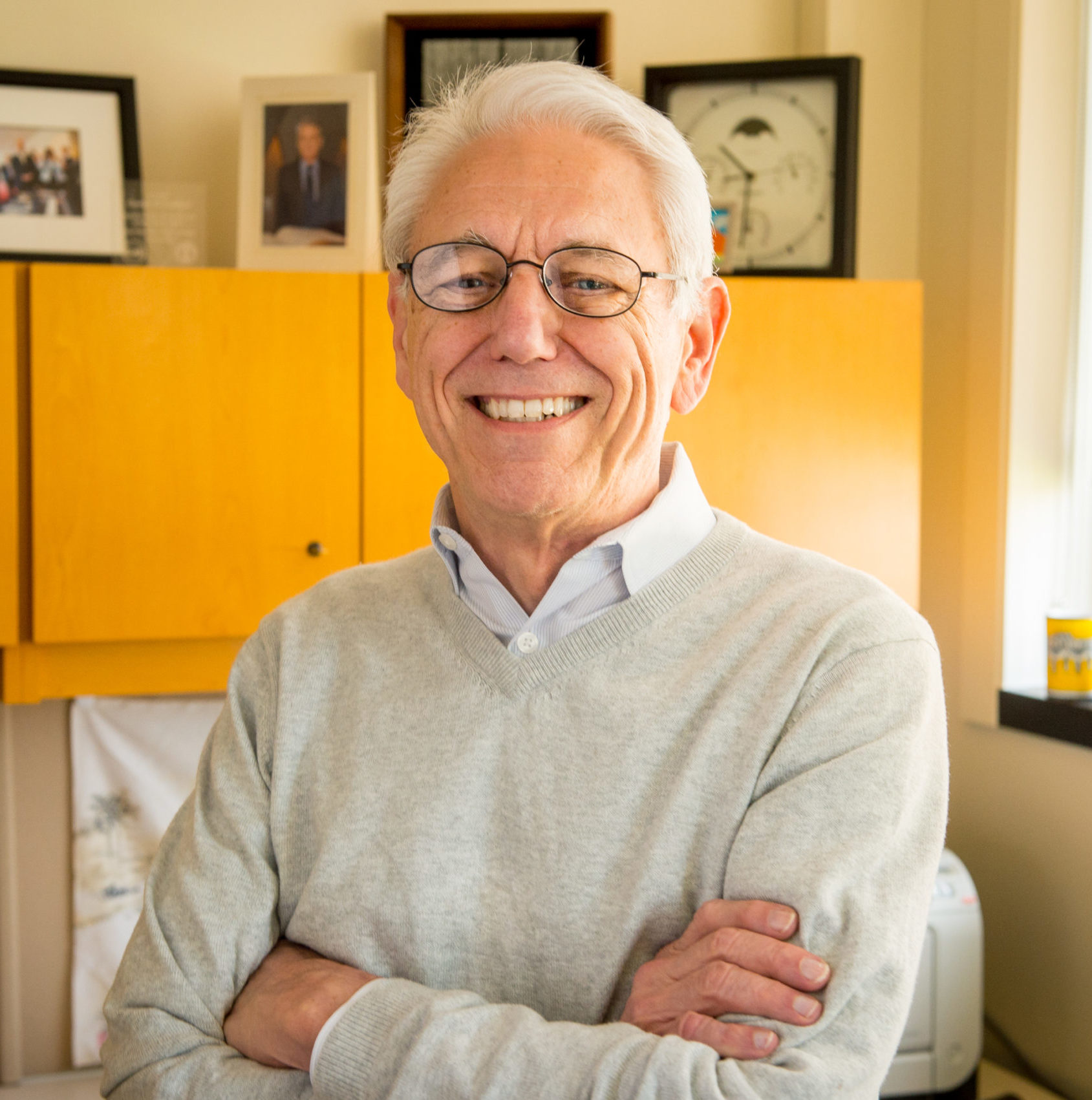 George Crabtree is Professor of Physics at the University of Illinois-Chicago, Distinguished Fellow of Argonne National Laboratory and Director of the Joint Center for Energy Storage Research (JCESR). His research interests include materials science, sustainable energy, nanoscale superconductors and magnets, vortex matter in superconductors, and highly correlated electrons in metals. He has led workshops for the Department of Energy (DOE) on next-generation energy storage, hydrogen, solar energy, superconductivity, and materials under extreme environments, and co-chaired the Undersecretary of Energy’s assessment of DOE’s Applied Energy Programs. He has testified before the U.S. Congress on the hydrogen economy, meeting sustainable energy challenges, and energy storage.

Dr. Crabtree has won numerous awards including the Kammerlingh Onnes Prize, U.S. DOE Award for Outstanding Scientific Accomplishment in Solid State Physics and an R&D 100 Award. He is a Fellow of the American Physical Society, a charter member of ISI’s 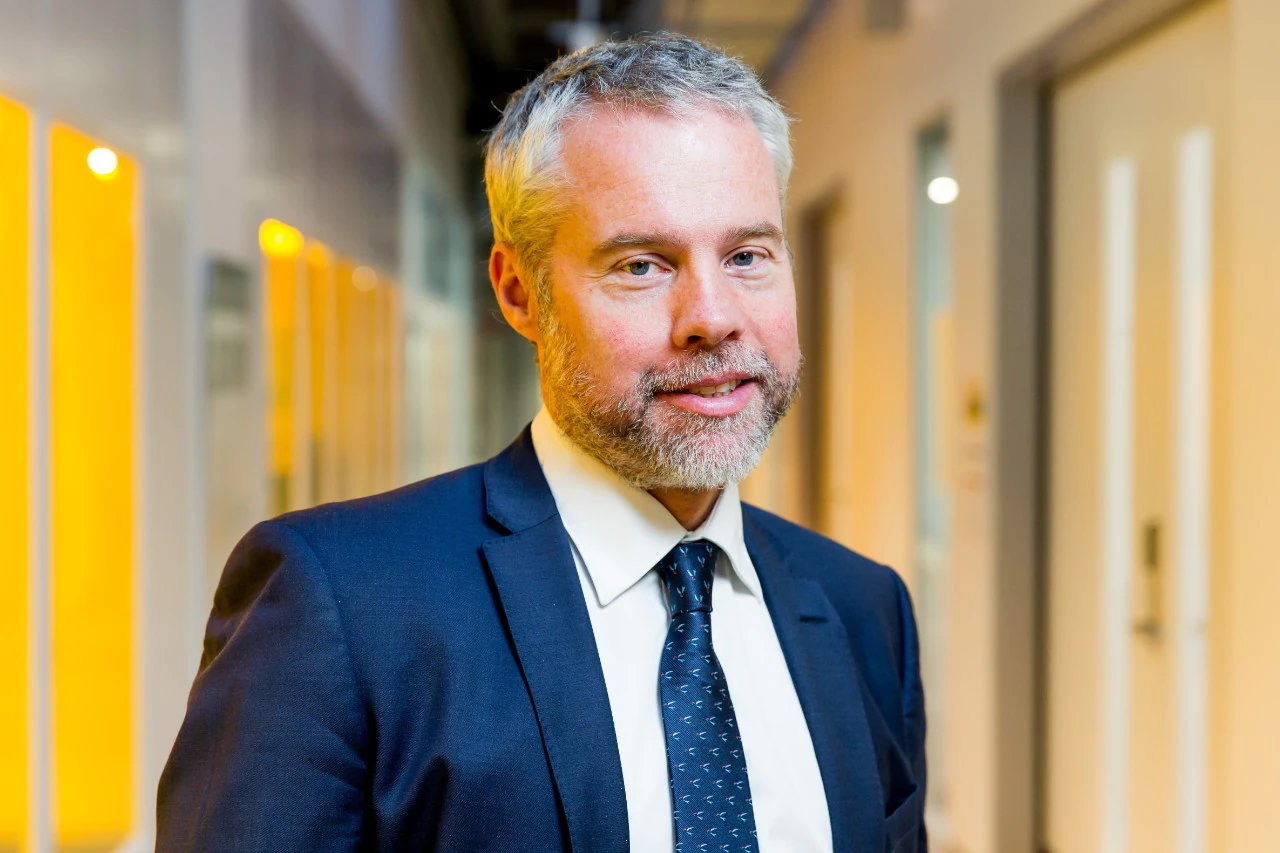 Dr. Eggleton is a Professor of Physics at the University of Sydney and recently appointed Director of the University of Sydney Nano Institute. His research interests lie in nonlinear optics, all-optical signal processing and nanophotonics. He has focused his work on nonlinear optics of periodic media, slow-light in photonic crystals and ultrafast planar waveguide nonlinear optics. Applications of his work include photonic chip based ultrafast optical signal processing, ultrafast optical devices for telecommunications applications, record low-threshold supercontinuum generation sources and on-chip parametric sources and Brillouin photonic devices for microwave photonics applications. 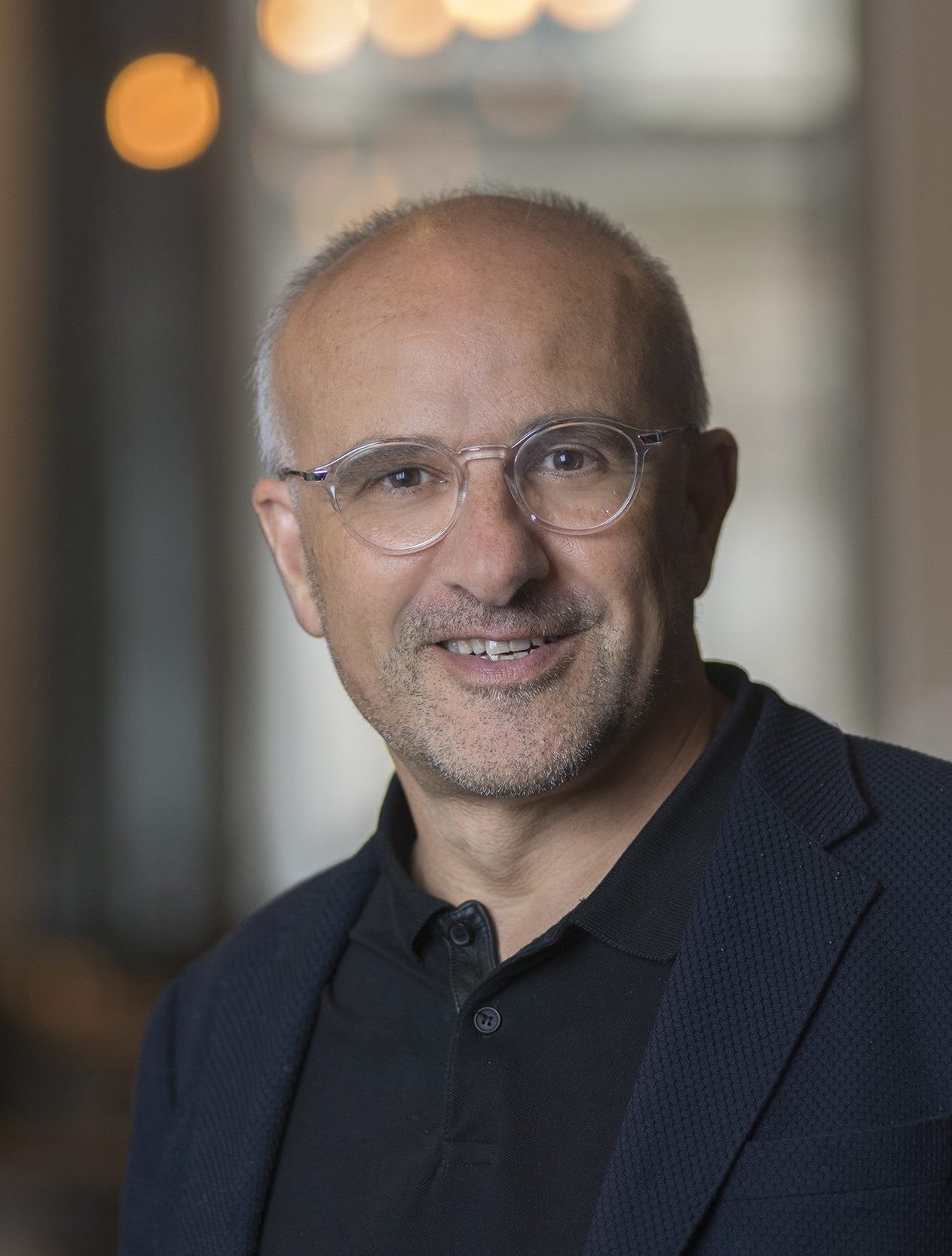 Antoine Georges is a Professor at Collège de France, Paris (chair of Condensed Matter Physics) and the Director of the newly founded Center for Computational Quantum Physics at the Flatiron Institute, Simons Foundation in New York. He also has a joint appointment with the University of Geneva, Switzerland. He obtained his Ph.D. from École Normale Supérieure in 1988. While his early research concerned the statistical mechanics of disordered systems, his main focus has been on the physics of quantum materials in which electron-electron interactions are strong.

Dr. Georges is one of the co-inventors of dynamical mean-field theory, for which he shared the 2006 Europhysics Condensed Matter Prize. This theory has deeply transformed our understanding of these materials and our ability to explain, calculate and predict their physical properties. He also received the 2007 Silver Medal of the CNRS, the 2014 Hamburg Prize for Theoretical Physics as well as a major Synergy Grant from the European Research Council. He is a member of the French Academy of Sciences. 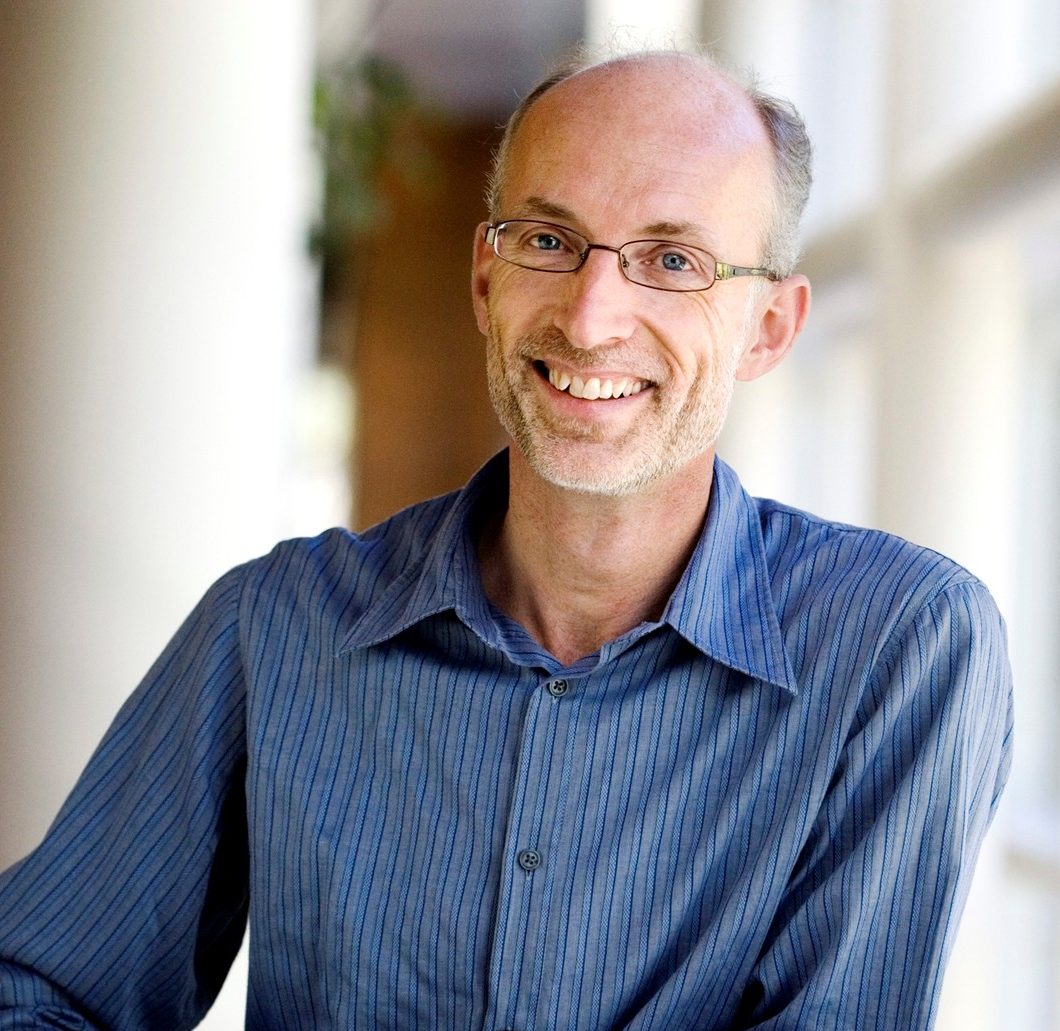 Stuart Parkin is a Professor at the Institute of Physics of the Martin-Luther-University at Halle-Wittenberg where he develops and shapes the field of material sciences, and applied spintronics specifically. Considered a pioneer in the science and application of spintronic materials, he has made crucial discoveries in the behaviour of thin-film magnetic structures leading to the increased data density and capacity of hard drives.

Dr. Parkin has received numerous honours including the Gutenberg Research Award, the Humboldt Research Award, the American Institute of Physics Prize for Industrial Applications of Physics, the European Physical Society’s Europhysics Prize, and the American Physical Society’s International New Materials Prize. Named the first “Innovator of the Year” by R&D Magazine in 2001, he received the “No Boundaries” Award for Innovation from The Economist in 2007. A corresponding Fellow of the Royal Society of Edinburgh, Scotland, Dr. Parkin received the Millennium Technology Prize for his work on spintronic materials.