Walter Hardy was appointed a Member of the Order of Canada today for “his pioneering contributions to the fields of particle physics, materials science and high-temperature superconductivity, as a distinguished theorist and experimentalist.” Hardy, now Professor Emeritus in the University of British Columbia’s (UBC) Department of Physics & Astronomy, is known worldwide for his work across multiple branches of physics, ranging from ground-breaking work on high-temperature superconductivity at UBC, to the first trapping and spectroscopy of antihydrogen at CERN. He has had enormous influence on the development of research in quantum matter in Canada, fueling the development of nation-wide expertise and the start of UBC’s Stewart Blusson Quantum Matter Institute.

Hardy’s great talent has been his imaginative ability to conceive of wholly new ways of doing experiments, coupled to tremendous technical knowledge and skill.

“Working with Walter is always as fun as it is insightful,” said former student Michael Hayden, now a Distinguished Professor in the Department of Physics at Simon Fraser University. “Some of the very best physics discussions I’ve ever had have been with Walter over a cup of coffee and his pad of paper. It is deeply rewarding to think through complex problems with him; if it can be measured, Walter will figure out the very best way forward.” 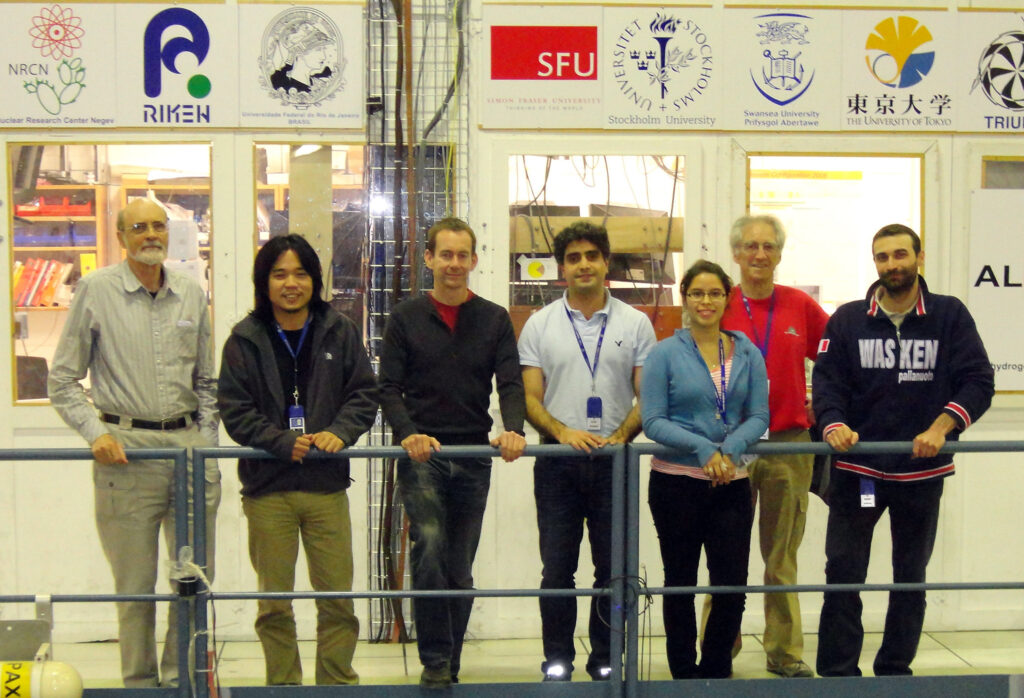 A pivotal force in physics 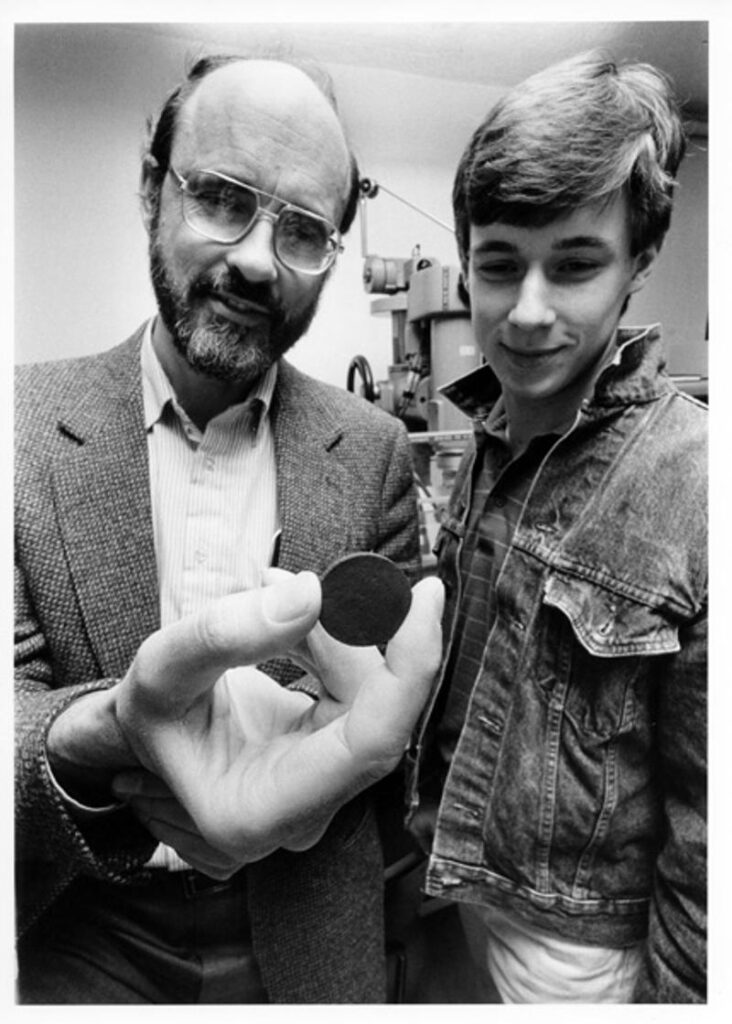 Hardy studied at UBC, earning his PhD from the University in 1965. He then spent two years as an NRC Postdoctoral Fellow in France, and five years working at the North American Rockwell Science Center in California, before returning to UBC for a faculty position in 1971. In his academic role, he quickly emerged as a pivotal force in shaping the future of physics at UBC.

Most of his early work focused on the unusual properties of atomic hydrogen at ultra-low temperatures, research that ultimately led to the development of a cryogenic hydrogen maser. Room temperature masers are like lasers, but instead of light, masers shoot micro-waves; they are used in applications where ultra-precise timing is necessary, such as in atomic clocks used on global positioning satellites. For a while, Hardy and his group, including then-student Michael Hayden (with whom he continues to collaborate with as part of the ALPHA antihydrogen project), held the world record for the most stable frequency reference over short time intervals. To this day, that maser hangs in the foyer at the Stewart Blusson Quantum Matter Institute (Blusson QMI).

When high-temperature superconductivity was discovered, Hardy pivoted in his field of research. The cuprates, as a class of high-temperature copper-based superconductors, were discovered in 1986; by 1987, physics had crossed a boundary in the discovery of the first superconductor to exceed the boiling point of liquid nitrogen (77 Kelvin, or nearly -200 Celsius). This was an incredibly important discovery; it opened new opportunities for applications based on a superconductor’s ability to conduct electricity with zero resistance. It also drove researchers around the world to develop new techniques to unravel the origins of this superconductivity.

Changing the field of superconductivity at UBC and beyond

Hardy’s entry into the field of superconductivity had a modest goal at the beginning.

In addition to having zero resistance, superconductors have an ability to shield out magnetic fields; this led to the origin of a well-known demonstration where a superconductor can levitate a magnet indefinitely.

“Walter thought he should hold a demo at a departmental open house, using the new superconductor,” said Douglas Bonn, Professor in UBC’s Department of Physics and Astronomy. “But the tools and expertise to make the materials did not exist at UBC yet. They had to build everything from scratch.”

In order to build the demo, (a version is still used as an educational tool at Blusson QMI today), Hardy worked with colleagues including Jim Carolan at UBC Physics and Jess Brewer at TRIUMF to make poly-crystalline samples, ceramic superconductors that were, in essence, a lot of tiny crystal bits all stuck together, resembling a clump of dirt. 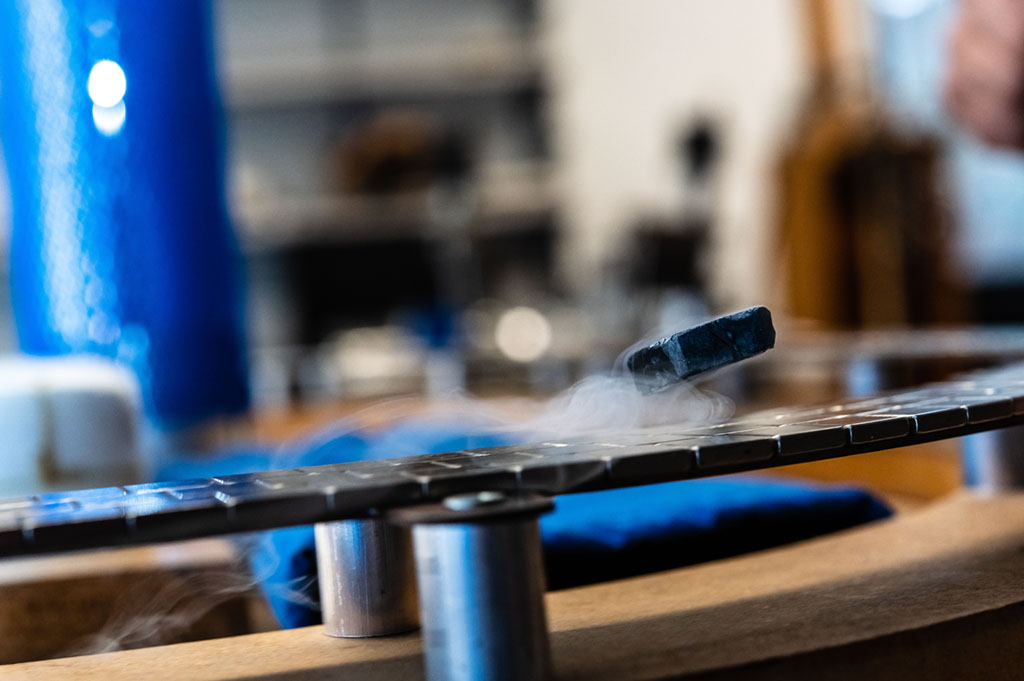 Hardy had more than a demo in mind, however. He wanted to build a team that could make state-of-the-art superconducting materials and develop experiments to unravel the mystery of the new superconductors. With no background in either materials or superconductivity, he nonetheless drew together a group, centred around his own singular talents as an experimental innovator.

When Bonn came to UBC as a postdoctoral fellow to work with Hardy in 1987, the collaborative potential between physicists and solid-state chemists had yet to be realized at UBC, so Hardy also brought in solid-state chemists, eventually bringing Ruixing Liang (now retired) to the team, a move he would later describe as his “most important contribution to the field.” In tandem with researchers at McMaster University, University of Toronto, Université de Sherbrooke, and other universities, the stage was set for a collaborative and interdisciplinary effort that drove major contributions to the field by Canadian researchers. The collaborative spirit grew further when the team joined researchers at AMPEL, a multi-department, multi-faculty materials facility.

From 1989 to 1993, Hardy, Bonn, and Liang collaborated on a series of experiments that completely changed the direction of the field. They became influential in the field of high-temperature superconductors through the discovery of D-wave superconductivity, showing that the cuprates were a truly new phase of matter, a very different kind of superconductor. Until Hardy and Bonn, much of the field had based their understanding of HTC materials on what we now know to be unsuitable samples. A paper Bonn and Hardy published in the journal Physical Review Letters in 1993, Precision measurements of the temperature dependence of λ in YBa2Cu3O6.95: Strong evidence for nodes in the gap function, has more than 1000 published citations and has influenced generations of researchers.

This discovery, and many subsequent experiments over the next two decades were rooted in a combination of growing the best crystals in the world, together with novel ideas for experiments.

“Making your own samples gives you a huge edge,” said Bonn. “If you can become a material-maker, you tighten the feedback loop between the chemistry and the experimentation; enough success, and you become a global player in your field.” Hardy’s success in the field is largely attributable to his unwavering do-it-yourself work ethic. 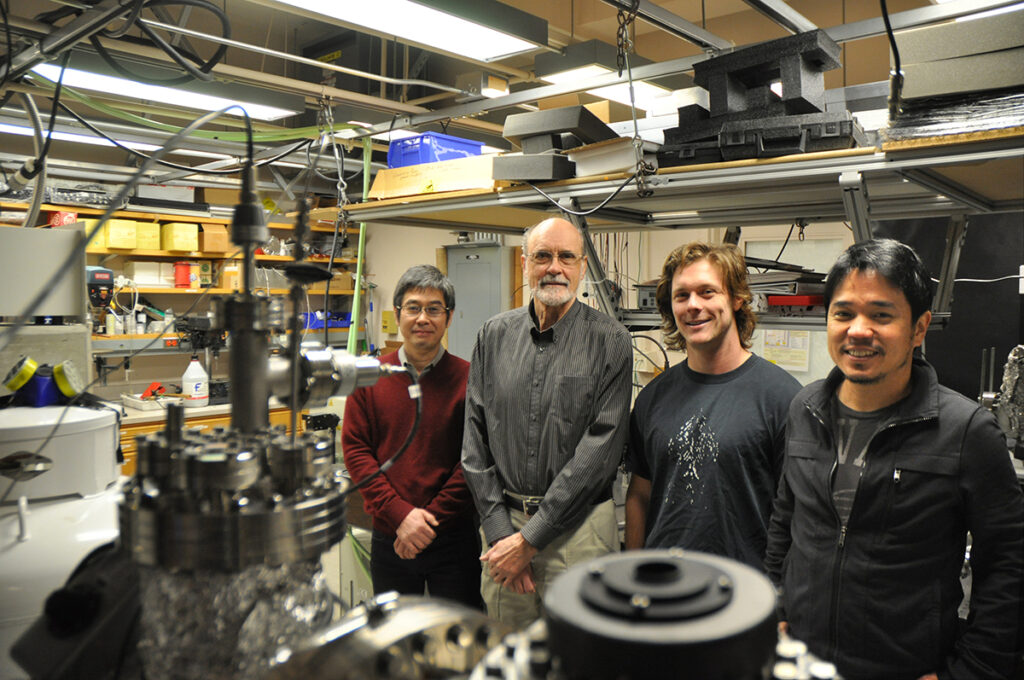 Hardy, Bonn, Liang, and their materials experiments in the 1980s and 1990s, would draw researchers including George Sawatzky, and later, Andrea Damascelli, to roles at UBC. Their efforts laid the groundwork for what would eventually become Blusson QMI.

Despite this, Hardy didn’t maintain exclusive focus on the field of high-temperature superconductors, preferring to reinvent himself and move from field to field. Over his career, his research interests took him from the quantum mechanics of solid molecular hydrogen to the study of gaseous atomic hydrogen involving precision measurements and hard-core low-temperature physics. Ultimately, his expertise in hydrogen and microwave spectroscopy led him to be recruited to join the ALPHA Collaboration at CERN in his 70s. The Canadian arm of the ALPHA team, including Hardy, received the 2013 NSERC John C. Polanyi Award for their contributions to our understanding of antimatter.

In another side-trip, for a brief period in the late 1980s, Hardy worked with Hayden and other graduate students to determine whether cold fusion, a reaction in which two atoms of hydrogen merge to form helium, was possible after an announcement from a team at the University of Utah.

“Walter’s scientific passion lives in the first element of the periodic table, and the potential cold fusion of hydrogen atoms was one of many topics that sparked his curiosity,” said Bonn. “Walter is a traveler, moving across different areas of physics, and he has this almost moral obligation to figure out the science behind things. Cold fusion was a side-trip, but he was excited—if skeptical—and if it could be done, he was going to figure it out.”

For fusion to occur, hydrogen must be heated to nearly 100 million degrees Celsius. It requires enormous pressure; the sun’s core is one such environment. Controlled fusion as a source of energy here on earth is pursued with large, complex instruments that try to mimic this environment. Which is why when Utah researchers announced that fusion could be replicated at room temperature in a basement laboratory, the news shook the scientific community. If fusion could be achieved at terrestrial temperatures, it would represent a scalable opportunity for unlimited renewable energy.

“It was a short but intense period,” said Hayden. By year-end, the team had debunked the cold fusion claims. “Within a year, we produced three publications and then it was over.”

Hardy continued to contribute to physics decades after retirement, which is no surprise to Bonn, who remains in touch with Hardy and his family.

“I think Walter felt a little uncomfortable if he didn’t make a major switch in his direction every decade or so,” said Bonn. “He’s just an extraordinary experimental designer; almost everything he designs, he builds himself so that his experiments were always exquisitely informed and inventive.” 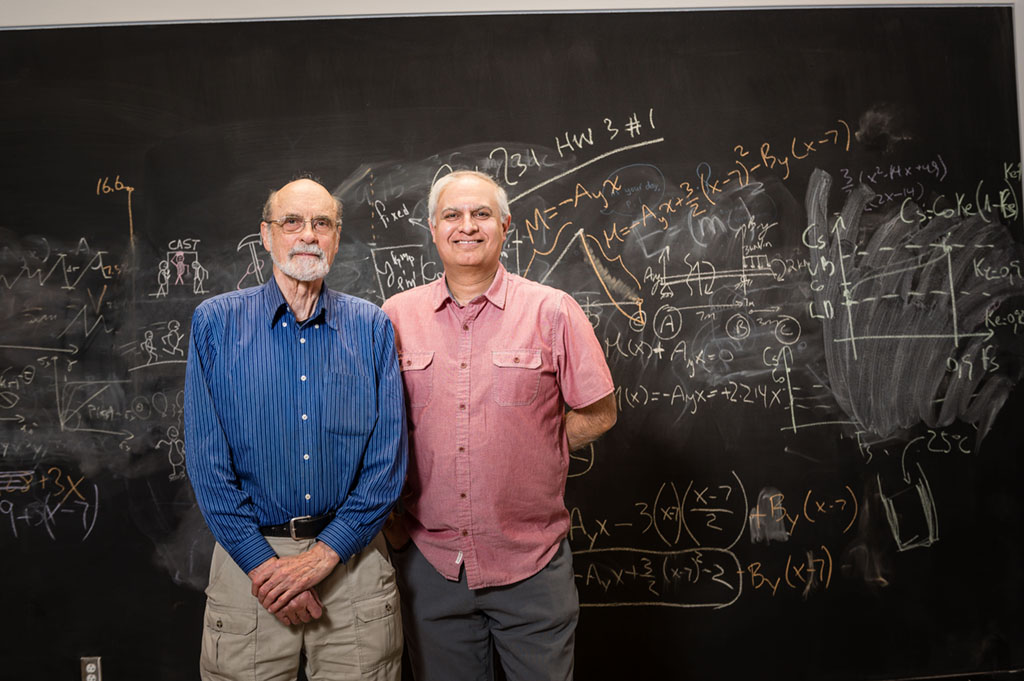