Marcus Prasad thinks of his time with Ars Scientia as a kind of mini-residency with colleague James Day as the two worked together to launch and grow the research cluster and its programs. Prasad, who worked as Assistant Project Coordinator with the research cluster, has a background in interdisciplinary work but found navigating the cultural differences between artists and scientists fascinating, and a valuable exercise in understanding human nature.

“I was really fascinated that all of the interactions between these two groups with very different perspectives kind of boiled down to basic questions or who we are as humans and why we interact with each other in certain ways, and how knowledge production takes place,” said Prasad. “I also really liked collaborating with James, and learning about the similarities and differences between our academic cultures, from language differences to varying approaches to program administration; we worked really well together and I hope we learned a lot from each other.”

A point that struck the artists and scientists differently was the concept of “deliverables” and its connotations.

“With the artists, there was this sense of relief that there was no clear ‘deliverable;’ the scientists had the opposite reaction,” said Prasad. “I think it comes down to culture: the scientists wanted to know what the expectations were around what to present, and what kind of content they needed to come up with. I thought that was really interesting, just two very different approaches to communicating the results of these partnerships.” 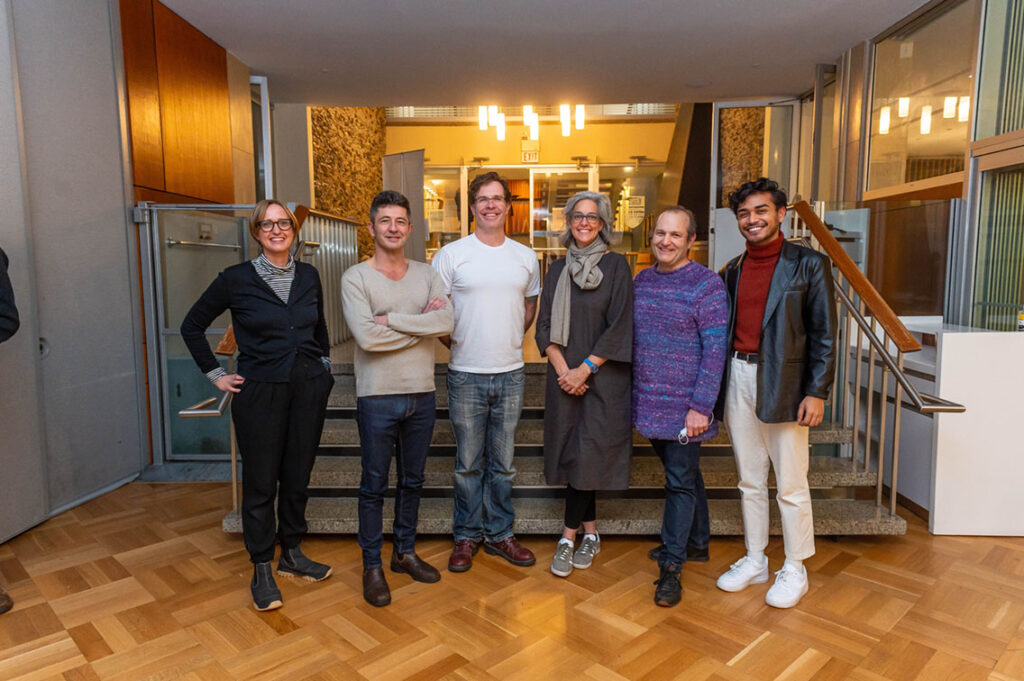 One of the highlights of the program was that there weren’t any anticipated outcomes: the residency program guidelines were deliberately open-ended, with the idea that the experience was more about learning to work together across disciplines than it was about specific outcomes.

“We were more interested in seeing what happened when connecting with someone from a very different academic culture and what the challenges and alignments were. So when the idea of a deliverable was brought up in a meeting, the responses were very different, and the understanding of that word was very different depending on the audience,” said Prasad. “What we wanted was for people to gather at the end of the program and talk about their partnerships. It was really generative to get people to think about the idea of no deliverable as its own kind of deliverable.”

To further explore these cultural differences between artists and physicists, Prasad recently conducted a series of conversations with participants in the Ars Scientia residency program.

“Though seemingly at odds, the artists and physicists quickly found similarities across their practices, especially as they relate to large questions like how and why we exist in the world,” Prasad wrote of the residency program. “When speaking with the four artists and physicists in this series, we were fascinated by how simply explaining one’s own research to someone who is unfamiliar with the discipline can serve as an important reminder of why we’re doing the work we do.”

Prasad had recently completed his Master’s in Art History when he joined the Ars Scientia team, and had taken on a role assisting Shelly Rosenblum, Ars Scientia co-lead and Curator of Academic Programs at the Morris and Helen Belkin Art Gallery. With considerable experience managing interdisciplinary projects, including The Score: Performing, Listening and Decolonization, another UBC Research Excellence Cluster, Prasad brought a unique perspective to the project. He will continue his interdisciplinary work as he begins his PhD studies at McGill University this September.

Ars Scientia will commence its next stage of programming in fall 2022.