Researchers from the University of British Columbia’s Stewart Blusson Quantum Matter Institute (Blusson QMI) have discovered a disordered material with strong potential for applications in high-tech industries. The study was published in the Journal of the American Chemical Society. 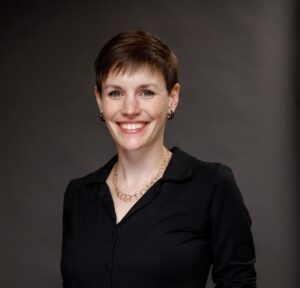 Led by Assistant Professor Alannah Hallas, the team has showcased that by deliberately selecting the chemical composition of a high entropy material, they can precisely control the material’s magnetic properties.

“High entropy materials are composed of a random distribution of different chemical elements that are disordered at the atomic level. ‘Disorder’ in materials is commonly perceived as a disadvantage – but in this study, we’ve leveraged disorder to reveal useful properties,” said Dr. Hallas.

“By being very deliberate in choosing the chemical composition of materials, we can continuously vary the level of disorder, which we quantify by its entropy, from an ordered regime to a highly disordered regime, which we term entropy engineering.”

The research has relied on the expertise of several students and early career researchers, including co-lead authors Graham Johnstone and Mario González-Rivas. It provides pathways to improve the magnetic materials used in high-tech industries. 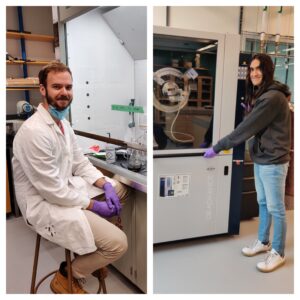 Found in the earth’s crust, rare earth elements are formed in small quantities and their extraction involves complex mining processes that are harmful to the environment.

“The raw materials that we’re working with are abundant, and because there are effectively an infinite number of possible chemical compositions, we can work towards finding compositions that minimize environmental impact by eliminating the most harmful elements,” Dr. Hallas said.

“Materials discovery usually requires a trial and error process where we have to build upon prior results before we reach a material that has the desired characteristics,

“The grand idea here is that in the future, we could specify what characteristics are required of a material and have powerful computers that could provide the recipe we need to grow those materials without exploiting our environment.”

The Hallas Group, at the Blusson QMI, is focused on the design and discovery of new quantum materials using a broad range of crystal growth techniques. A particular interest of the group is in establishing structure-function relationships in quantum materials via characterization of their structural, magnetic, and electronic behaviors in order to facilitate the targeted design of materials with novel or useful properties.

View the article published in the Journal of the American Chemical Society here.

The authors thank Joerg Rottler and Solveig Stubmo Aamlid for insightful conversations on high-entropy oxides and Jacob Kabel for assistance in collecting the EDS data.

This work was supported by the Natural Sciences and Engineering Research Council of Canada (NSERC) and the CIFAR Azrieli Global Scholars program. This research was undertaken thanks in part to funding from the Canada First Research Excellence Fund, Quantum Materials and Future Technologies Program. Part of the research described in this paper was performed at the Canadian Light Source, a national research facility of the University of Saskatchewan, which is funded by the Canada Foundation for Innovation, NSERC, the National Research Council Canada, the Canadian Institutes of Health Research, the Government of Saskatchewan, and the University of Saskatchewan. A portion of this research used resources at the High Flux Isotope Reactor, a DOE Office of Science User Facility operated by the Oak Ridge National Laboratory.